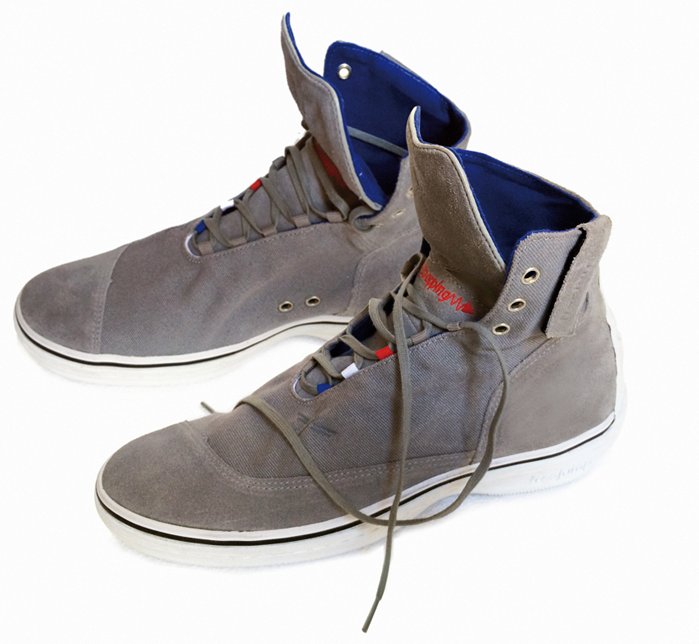 Trust Freejump to continue innovating. When most boot companies settle after their products have become successful, Freejump constantly innovates. From their disruptive Fly One boots to Freejump Liberty Boots and now Freejump Liberty Canvas Boots, they continue to design and produce exciting changes to their line-up.

Who would have imagined canvas riding boots? Although a relatively new entrant to the riding boots market, Freejump has established itself as the leader by constant innovation. Look around, all the other riding boots look and feel exactly like riding boots from 10, 20, or even 30 years ago. Mostly, they look stiff and uncomfortable. The sport of show jumping is a high-speed sport, which requires agility. How do you get an edge with the same old equipment ? We know the usual answers: make the boot lighter, make it from softer leather and so on.

The Freejump Liberty Canvas Boots are riding boots with a twist. They are modeled after the very popular Freejump Liberty XC Boots. The twist is here is that a part of the shoe upper is made from actual canvas. Note that not all of the boot is made from Canvas. The toe box area and the the entire upper area which makes contact with the sole is made from suede leather. The canvas provides the boots with softness and reduces the weight of the boots significantly.

Note also that the Freejump Canvas Boots are uni-sex, just like all other Freejump riding boots.

The Freejump Liberty Canvas boots were produced by Freejump exclusively for FEI officials during the World Equestrian Games (WEG) 2014 in Normandy, France. Notice the French flag at the shoe laces. However, they became so popular that Freejump decided to extend these to the general riding public as well.

Freejump Liberty Canvas Boots are a limited time model. As it stands currently, we only have limited sizes in stock and more will be arriving in March 2015. ?These boots combine the best comfort and handsome looks. Do not wait…these boots are in extremely short supply. We only have 1 boot in each size, so order yours now.

This site uses Akismet to reduce spam. Learn how your comment data is processed.